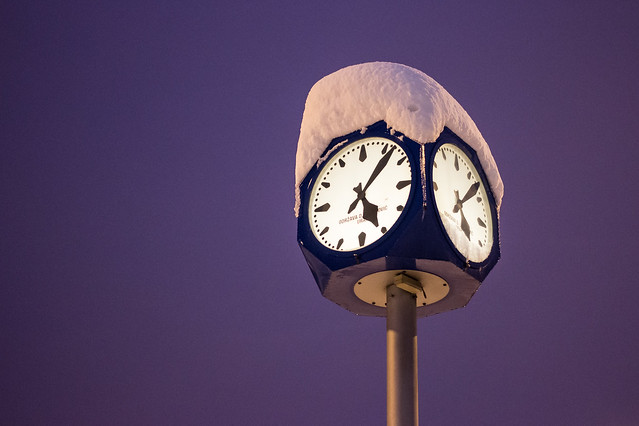 Ideas Become “Frozen in Time” by Mislav Marohnic – CC BY-2.0

Have you ever wondered why humans, an intelligent and developed species, can at times seem “so stupid in such deep and appalling ways” (Gee, 2013, p. 4)? James Paul Gee has and he attempts to address that question in his book The Anti-Education Era, in which he examines the many limitations that prevent humans from solving big, complex problems smartly.

One of the limitations he investigates in his book is the structure of institutions, which often “freeze” solutions in an effort to standardize procedures and lighten the cognitive load of their employees. This practice can make it very difficult for institutions to adapt and change the ways they work and solve problems, even if their old ways are no longer viable or effective. Additionally, Gee suggests that institutions face a secondary problem that make it difficult for them and the people who work in them, to deal with complexity – they are conflicted because of a tug-of-war between the institution’s goals and their own personal and social goals.

After reading the initial section of Gee’s book on “How to be Stupid,” for my graduate course on Applying Educational Tech to Practice, I argue that it is possible to use our knowledge of the limitations humans face when tackling complex problems to respond more intelligently. I believe that we can use this awareness to seek out tools, primarily design thinking, to reframe how we approach problems and to address them in a more people-centered way that is inclusive of personal goals. Check out my essay here to read more and let me know if you see design thinking as a viable solution to the limitations humans face when trying to solve complex problems.

One response to “Overcoming “Frozen Thought” with Design Thinking”